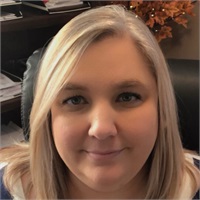 Daughter of an Army MP and eventually a Muscogee County, GA police officer, Tracie Peters was born in Germany in 1974. Her family relocated back to Columbus, Georgia when she was two, where she was raised in Columbus and Harris County, Georgia. Tracie graduated and moved to St. Petersburg to raise her own family until they moved to Huntsville, Alabama.

Tracie received her introduction to this industry in an Office of Supervisory Jurisdiction (OSJ), so she is very mindful of the standards of care with which financial professionals are held to in working with clients.  Working in an OSJ office provided her with insights into the ever-changing regulatory requirements of this industry. Tracie began working for the OSJ in 2010 after being a PTA president, DAC chair, SAC member and Band booster parent and classroom volunteer while her children were in elementary and middle school. In 2015, Tracie made the transition to work for Glenn Goff (a rep within our OSJ office) and moved to Huntsville, Alabama. When Glenn passed suddenly, Tracie joined the Coastal Wealth Management Group in 2020.  She has a total of 11 years of experience as a client services specialist. She takes every opportunity to become fully versed in the latest requirements.  This enables Tracie to make sure that she adheres to the same high standards as the financial professionals she works with.  This is reflected in the commitment she takes in her interactions with clients in order to help navigate their financial roadmap. Tracie plans to obtain her Series 6 license to be a further help to the financial advisors and clients she serves.

Her daughter, Amanda, 23, is now in graduate school to ultimately obtain her doctorate in Clinical Psychology with a focus on Police and Public Safety. Her son, Kevin, 19, is currently in college working on a double major in Criminology and Sociology to move into the Law Enforcement field.

Tracie is an active member of Farley Community Church where her daughter regularly sings in the worship band. In her spare time, she enjoys spending time with her family, music of all kinds, traveling especially to the mountains, cooking and UGA and PACKERS football!