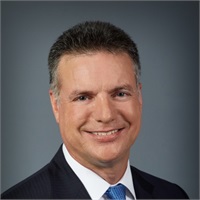 Tim Taranto was born in Biloxi, MS in 1967.  He grew up in Ocean Springs and is a former 12-year student of Ocean Springs Schools, where he lettered in baseball, graduating with some of his still closest friends in 1985.  He would later return to serve his hometown district as a member of its Board of Trustees in 2009, where he would serve five years.  During his tenure, he was instrumental with many projects, including the construction of the district’s new high school and its recruitment and hiring of a tremendously successful superintendent.

Tim attended college at Louisiana State University and the University of Southern Mississippi, where he received his B.S. in Business Administration with an emphasis in Banking and Finance in 1991.  One of Tim’s proudest associations is that with his collegiate fraternity, Phi Kappa Tau at Southern Miss, where he served as its president, in 1988, and cultivated a proud legacy in involving other men from Ocean Springs.

With a desire to serve his community in financial services in 1994, Tim made his way back from his first banking job in Baton Rouge to manage Ocean Springs Branches for two Mississippi-headquartered institutions.  After eight years in banking, he decided to become licensed and specialize in investments as a representative for a national firm.  After ten years in this role, Tim sought to expand his responsibilities and become a licensed principal, as well as operate as an independent advisor.  He would be part of launching and developing two successful companies in his pursuit of the best and most effective service model for his clients.

In November of 2018, Tim enthusiastically decided to combine his practice with those of other like-minded financial professionals as a senior partner and co-owner of Coastal Wealth Management Group, LLC. He remains driven to assist others in pursuit of an improved quality of life, augmented by sound choices and personal financial independence.

His industry credentials include FINRA Series 24, 7, 63, and 66.  He is also credentialed as an Accredited Asset Management Specialist, awarded by the College of Financial Planning.

While working as a financial professional in Ocean Springs for over 25 years, Tim has also proudly worked with several local volunteer organizations.  He served the Ocean Springs Chamber of Commerce/Main Street Organization as a member of its board of directors from 1995 to 2000, chairing its Education and Character Counts! Committees in 1996, and serving as the organization’s youngest president in 1998 at the age of 30.  He also received the Chamber’s President’s Award in 1997.  He is a 1997 graduate of the Leadership Jackson County Program.  He was involved with the Rotary Club of Ocean Springs where he served as a member of its board of directors, in different roles, from 1996 to 2002.  He received the Ocean Springs Club’s Rotarian of the Year Award in 2004.

Also in 2004, Tim helped to found an Ocean Springs Mardi Gras organization, the Krewe of Barry. He would later serve as the organization’s King in 2009 and serve on its board of directors until 2020.

In 2020, Tim helped to found the Ocean Springs Alumni Association. In response to Covid-19, the group was able to incorporate the graduating class of 2020 as its first inductees. Tim currently serves on the new organization’s board of directors.

True to his hometown, Tim remains active in Ocean Springs through his attendance at many performances and sporting events. He is the proud husband of the former Karin Lofton of Clinton, MS and the biggest fan of their two daughters. When he’s not working in his practice, Tim enjoys volunteer work, playing music and spending time outdoors.