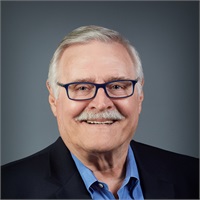 His parents named him Lloyd M. Baxter, but everyone calls him Skip. He was born in Biloxi, and grew up in Ocean Springs. His father was Donald Munro of Munro Petroleum and his mother was Deedy, who in her day could be found behind the counter at Deedy’s Famous Dress Shop in Ocean Springs. It’s famous because while filming a movie Natalie Wood popped in and said “Well this is just like one of those famous little dress shops.”

Skip graduated from Columbia Military Academy in Columbia, Tennessee. Upon graduation he went on to the University of Southern Mississippi where he earned his B.S. in Management with a minor in Economics.

Before starting his financial planning career, Skip was a purchasing agent for Ingalls Shipyard in Pascagoula and also a realtor for Jim Biddix Realtors. In 1985 he affiliated with a major financial services company as a Financial Planner.

Skip did not like the lack of diversity in services and products available to his clients and knew he could offer more and be more unbiased if he was with an independent Broker/Dealer. So in 1993, he and his fellow co-workers opened their own firm in Biloxi.

Since becoming a financial advisor, Skip has completed numerous educational courses pertaining to his profession. He is among the first 1000 professionals obtaining the wealth management skill set of the future.  The Certified Wealth Strategist® (CWS®) designation, administered by Cannon Financial Institute, recognizes those individuals completing thorough study of the issues surrounding effective wealth advising to comprehensively address clients’ wealth management needs.  Skip was also recently awarded the Accredited Investment Fiduciary® (AIF®) designation from the Center for Fiduciary Studies™, the standards-setting body for fi360. The AIF designation signifies specialized knowledge of fiduciary responsibility and the ability to implement policies and procedures that meet a defined standard of care. The designation is the culmination of a rigorous training program, which includes a comprehensive, closed-book final examination under the supervision of a proctor, and agreement to abide by the Code of Ethics and Conduct Standards.  On an ongoing basis, completion of continuing education and adherence to the Code of Ethics and Conduct Standards are required to maintain the AIF designation.

Skip enjoys spending time with his family. He has been married to his wife Branda since 1969. After teaching in the same classroom at Magnolia Elementary for 36 years, Branda retired in 2005. Their son Michael served four years in the Air force. He spent time in Afghanistan as well as Iraq defending our country. He received a degree in business from William Carey College in 2008 and is currently the proud owner of a Property and Casualty insurance firm in Ocean Springs.

A little known fact about Skip is that he is an excellent chef and baker; his specialties being flan and carrot cake.  He is a Gulf Coast Chamber member and is involved in various special events along the Gulf Coast. On a beautiful day you might find Skip on his Harley, riding with his friends.