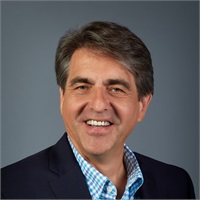 Blessed to be born on the Mississippi Gulf Coast to Evans and Lucille Meadows. Darryl grew up in the family business and learned early in life the value of conservative money management and planning. He purchased his first stock and his first real estate investments while still a teenager. Pursuing his desire for knowledge, he began college at Mississippi Gulf Coast Community College, while in the 10th grade, studying accounting.  He attended flight school beginning at age 14 where he received his pilot's license just a short time later. He finished high school early but elected to attend the graduation ceremony with his class at East Central High School in Hurley, Mississippi with the class of 1984. His high school classmates are still among his closest friends. He believes that education is a lifelong endeavor and continues to challenge himself with new learning opportunities. Darryl's favorite quote, "I have never seen a happy selfish person, or an unhappy selfless one,” has a message that he strives to live by. He has a history of volunteer work including: Pilot for The Civil Air Patrol, Reserve Deputy for the Mounted Patrol Division of the Jackson County Sheriff's Department, Board Member of Ocean Springs Little League Baseball, and President of the local Jaycees. He has also been a member of several community, industry and bank board advisory groups.Decades of involvement in business and community organizations taught him many things including the need for better financial guidance for our youth. He developed a passion for educating people on the importance of financial planning and credit discipline with a special emphasis on young people. This passion became a call for action and he began planning an educational program that he envisions will have a positive impact on these individuals, their families and their communities. During research for this project, he reached out for advice from a trusted friend, George Cumbest, who was well known for his leadership in programs to help others and who had made a career of helping people as a financial planner. He was equally concerned for the financial health of individuals in the community. George was an independent adviser but he had a vision for a great partnership. Their discussion quickly turned to joining forces.  He, along with two other like minded, successful, independent, wealth management professionals, Lloyd (Skip) Baxter and Tim Taranto, believed that teamwork could add a broader perspective and provide increased benefits to all clients and to the community as a whole. This team would have diversity in backgrounds but unity in purpose and the making of a partnership was forged.  Darryl's business partnership is new but his life partnership is not. In 1990, he married the former Karla Brown of Lucedale Mississippi, who comes from a family well known for service to the community. Her father, former Commissioner of The Mississippi Department of Transportation, Wayne Brown, and her mother, Vermel Goff Brown instilled in her a love for others. On any given day you can find Karla doing volunteer work at one of the schools.  Darryl and Karla have two children. Blaise graduated from Ocean Springs High School in 2017 and is attending The University of Southern Mississippi studying business and finance. Sophia is attending Ocean Springs High School. She has a love of music and writes, sings and plays piano. When not at the office, Darryl enjoys time with family and friends and local live music. When Sophia is performing, he can do both at the same time.